Patrick is in his eighth year at SDRC and has been the Novice Men’s coach for the past seven. He has coached several

crew to top-three finishes at the Southwest Regional Championships. Patrick rowed in high school at Saint Ignatius High School in Cleveland, Ohio before rowing at Rutgers University in college. He also coaches summer learn to row and high performance camps at SDRC, as well as corporate team building events and Wounded Warrior Project events during the year. Patrick is also a somewhat active member of the Masters team here at SDRC and has won the Long Beach Christmas Regatta numerous times. 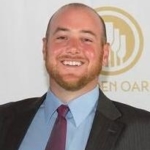 Patrick started rowing in 1996 and has been coaching since 2004. He has coached at the scholastic, junior, collegiate, and international level. Kington has coached at SDRC since 2014, and has worked with the novice men, varsity men, and varsity women, becoming head coach of SDRC in 2017 and the varsity women in 2018. In that time, he has coached the masters team to an Overall National Championship and the varsity women to medals at USRowing Youth Nationals. Athletes from the varsity women’s squad have gone on to win gold and silver medals for TeamUSA at the U19 World Championships, and he also coached Blake Haxton to a silver medal at the 2020 Paralympics in Tokyo.

Chris first started rowing at the Mission Bay Rowing Association in 1983 and has always been a club rower. Shortly after 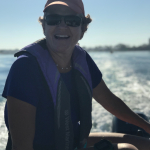 learning to scull, Chris was invited to sweep row with SD Police Crew, USD women varsity, and then MBRA Competitive Women’s team. She raced for over 25 years, winning gold medals at Women’s, Masters and FISA nationals in all rowing disciplines. Chris has taught rowing for MBAC and SDRC, coached UCSD, MBRA, ZLAC rowing programs.  She has run many local regattas, served on SDCC and MBRA Boards, and has been a USRA Referee for more than ten years. She took time off of coaching in order to pursue her professional career in finance.  In 2014, after retiring from finance, she went back to coaching her favorite sport.  She joined SDRC in 2021 and is excited to be working with the competitive men’s program. 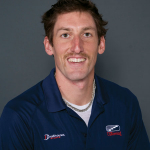 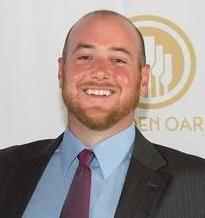